and even though he came up short on the judges scorecard his toughness helped him win the fight of the night award.

Matt is an up and coming UFC fighter who trains at Toshido MMA in Kelowna, BC.

Matt has his spine adjusted at Aligned Chiropractic and uses Class IV Infrared Laser to help improve his training and recover so that he can continue to perform in the UFC.

Dr. Michael Banman
Husband, father to 6 kids from the same wife and chiropractor to the stars
Recent Posts 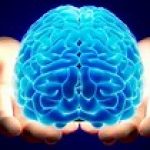